The thyroid consists of two lobes connected by the isthmus.  Sometimes a pyramidal lobe projects from the isthmus or from one of the lobes.

The superior poles diverge laterally, are almost cigar shaped and usually differ slightly in size and shape.  Sometimes there may be marked difference in size usually with the right lobe being larger than the left.  The lobes are divided into lobules by connective tissue elements that emanate from the fibrous capsule.   Each lobule consists of 20-30 follicles.

The isthmus originates from a Greek term which means a narrow neck of land bordered on two sides by water and usually connecting two larger areas of land.  It is variably sized, and infrequently absent. The cricoid cartilage is its landmark and it may be encountered during tracheotomy and cognizance of this fact must be considered requiring it to be elevated, depressed or divided during the procedure.

At the histological level the unit of the thyroid is the lobule.  Each lobule consists of  20-30 follicles. 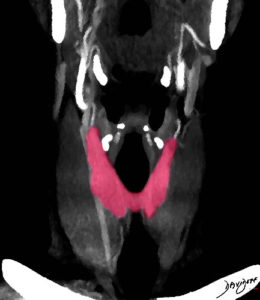 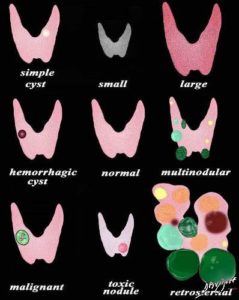 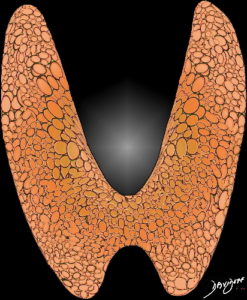 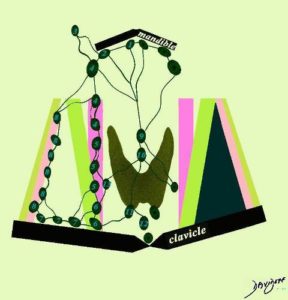 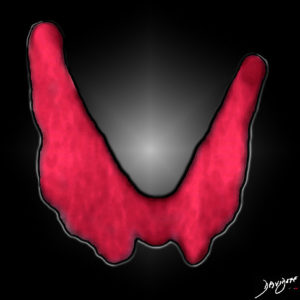